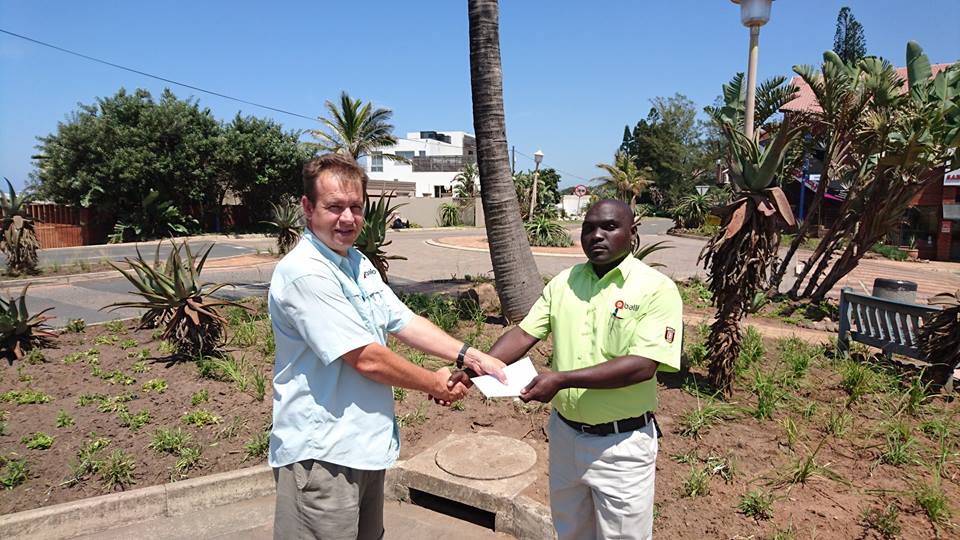 Security supervisor Menzi Dludla and other members of his team were rewarded for their efforts in apprehending 3 suspects involved in a mugging on Saturday night. In the early hours of Saturday morning the UIP security supervisor received a report that a man had been robbed of his cash and phone, after leaving a nightclub. The Supervisor enlisted the help of three other UIP guards and began searching for the suspects, who were apprehended and handed over to the SAPS. The victims cash and phone were returned to him.