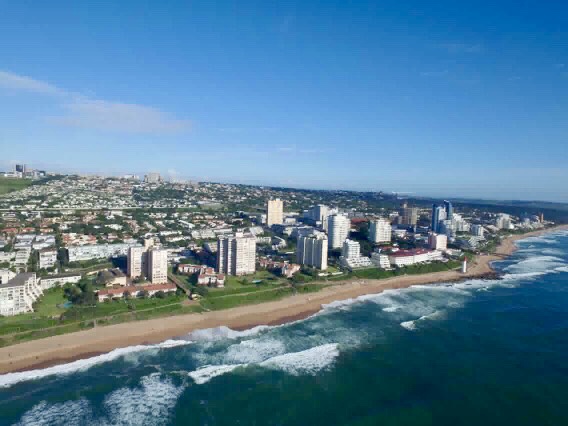 From 15 December 2021 to 4 January 2022, the city of Durban reported over 80% occupancy rates across its accommodation establishments.

According to city officials, eThekwini’s tourism industry lost hundreds of millions in revenue due to the COVID-19 pandemic however preliminary figures revealed that the 2021 Christmas weekend alone brought 200 000 visitors and approximately R350million for the city’s GDP.

The influx of visitors ensured that Durban’s restaurants, eateries and other destinations were bursting at the seams.

Wayne Smith, general manager of Cabana Beach Resort on the uMhlanga promenade, agreed that it was a busy December season with packed beaches and good take up of restaurants and facilities. “Occupancy rates returned to pre-COVID levels indicating that most guests still choose to travel but do it cautiously while social distancing protocols remain in place,” he said.

And things looked good on the restaurant front too. Duncan Heafield, KZN regional head for the Restaurant Association of South Africa and owner of Bellezar restaurant said: “uMhlanga’s restaurants and hospitality establishments saw a very reassuring increase in turnover and occupancy in the last ten days of the December vacation period. This was largely attributed to disaster management act regulations staying intact and the lifting of the national curfew.”

“The drop in COVID illness severity and hospital admissions during the fourth wave also made trading conditions more favourable as people were encouraged to venture out more,” he added.

While things are quieter now with the beginning of the new school year, the uMhlanga UIP looks forward to welcoming visitors in a few months’ time for the Easter break.